As I reviewed the blog after a hiatus of a year, I realised that I mentioned Shakotan Peninsula under the Uni Murakami entry (http://garysyayornay.blogspot.sg/2016/06/uni-murakami-hakodate-honten-6-june-2016.html). However, I have never actually blogged about Shakotan, so I felt it was a little unfair for my readers. Hence, I decided to make up for it by digging through my old photos and introducing the Shakotan Peninsula Uni restaurant.

To be honest, Shakotan Peninsula is a beautiful coast west of Otaru, however, people don't go all the way there for the view. It is famous for uni - especially freshly caught uni from the coast. You need to take note which season you go though, there are times when the uni harvest has ended and they have nothing to serve you.

Use this website (and google translate) to get the latest news on the stock of uni:
http://osyokujidokoromisaki.com/
No use travelling all the way there and out of stock! 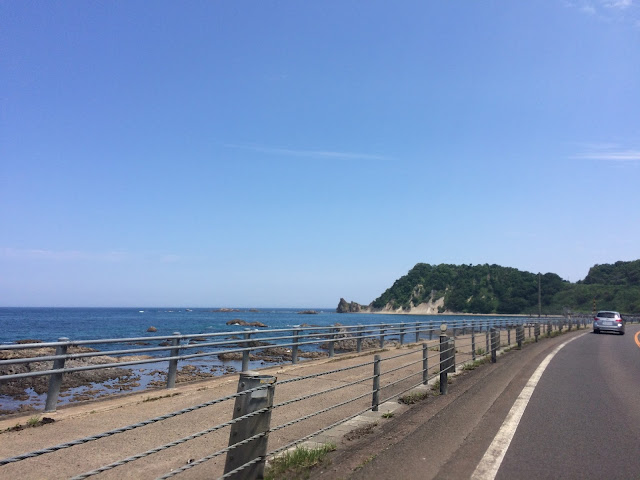 We drove all the way to the end of the coast in search of the restaurant. 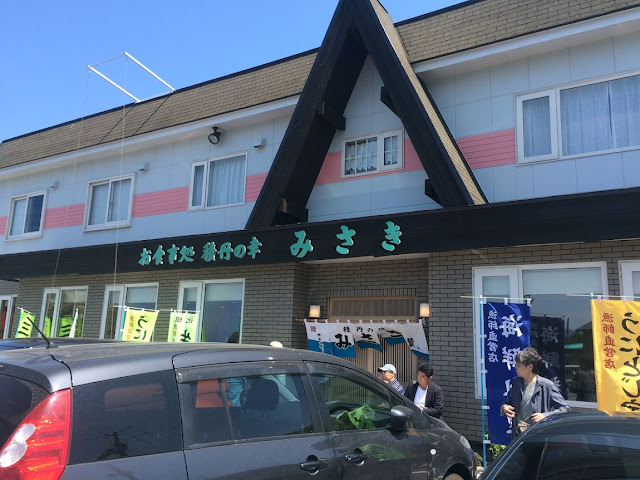 Voila! This is the facade of the restaurant. It says in hiragana - Misaki (みさき). We chose the wrong day to come - it was a Sunday and there was a big crowd. The Japanese knew where to go for good food too.

As there was a crowd in front, the servers were busy and we did not know what to do. Shall we include our names in a book or what? It was a little scary as we did not feel welcome - everyone was hungry! 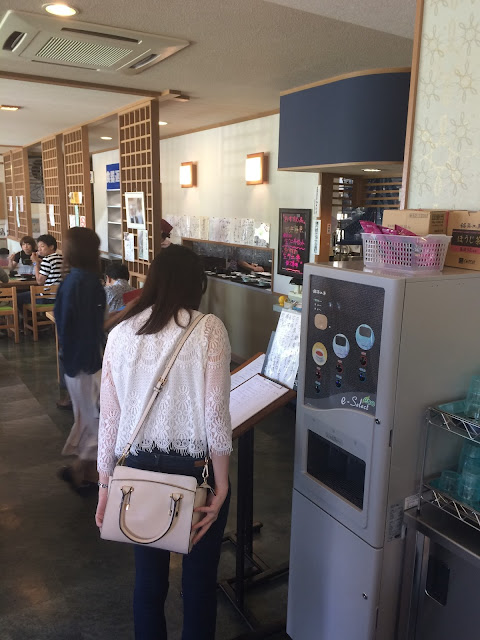 We saw many newly arrived guests peering into a book and writing into it.... 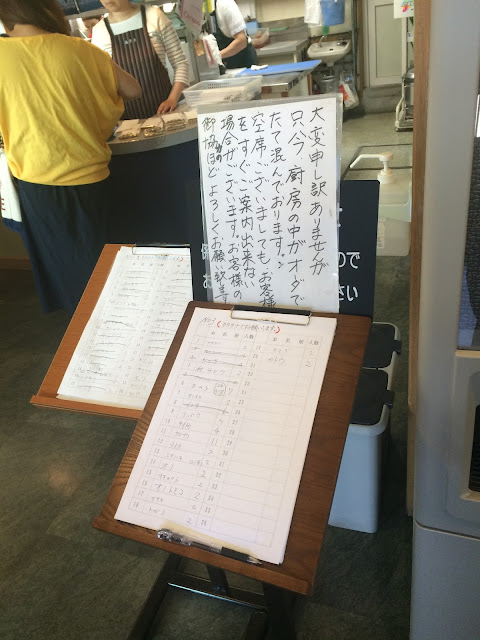 I looked at the book... it must be a reservation book. Apparently we should write into it, I assume?
However, it's all in Japanese! Luckily, a lady who wrote in the book helped us. She asked for our names and helped us write in katakana. She then told us she will inform us when she gets a table - meaning it would be our turn soon! Japanese are really kind! 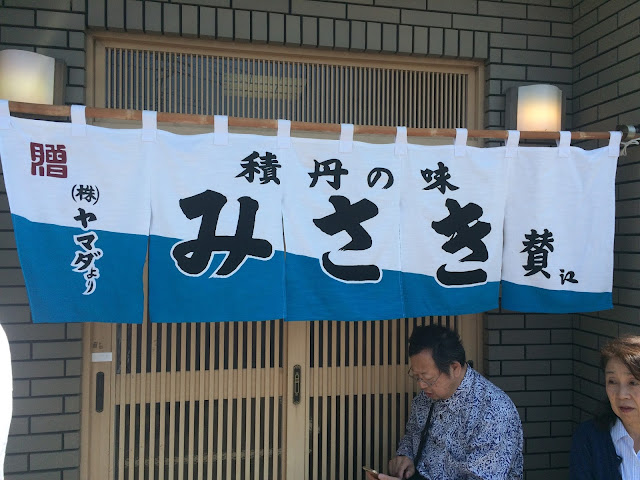 And so we ended up outside waiting again.... 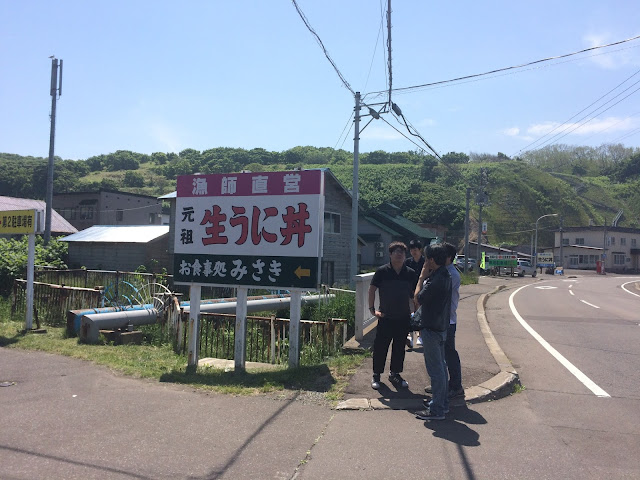 There are a few restaurants outside serving the same uni-don, but I suppose Misaki is the more popular one. We decided to wait. 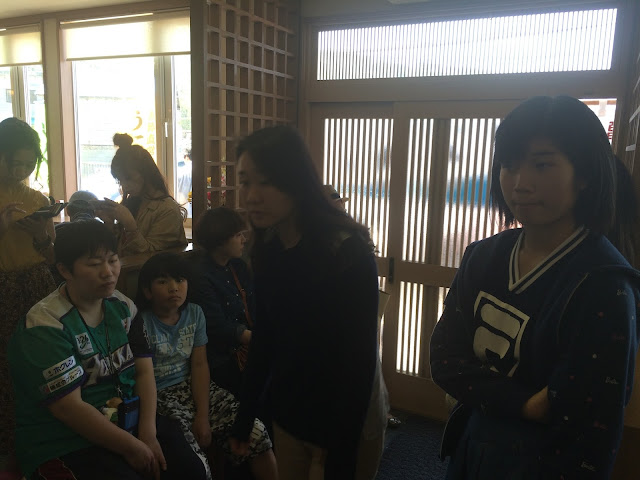 Some people waited inside.... 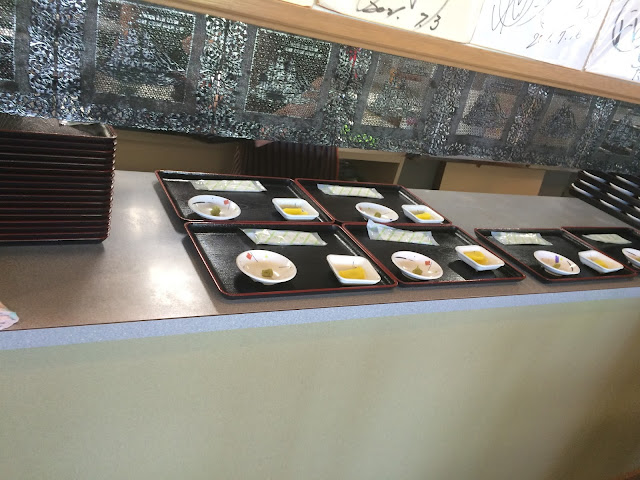 Trays were put out ready. Once the uni-don is prepared, it gets served quickly. 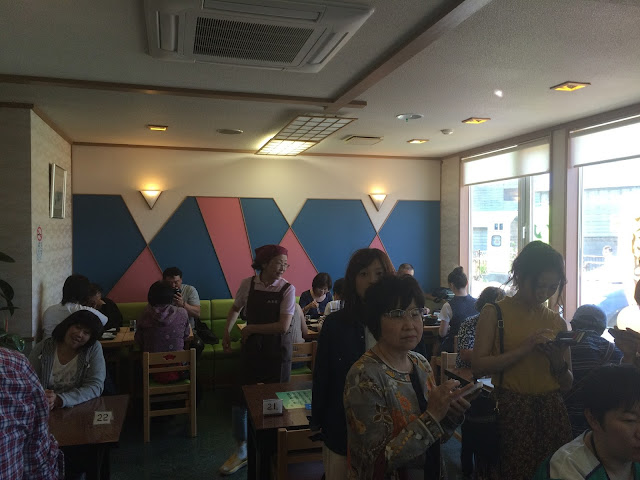 The restaurant wasn't too big... most people here come for the uni-don 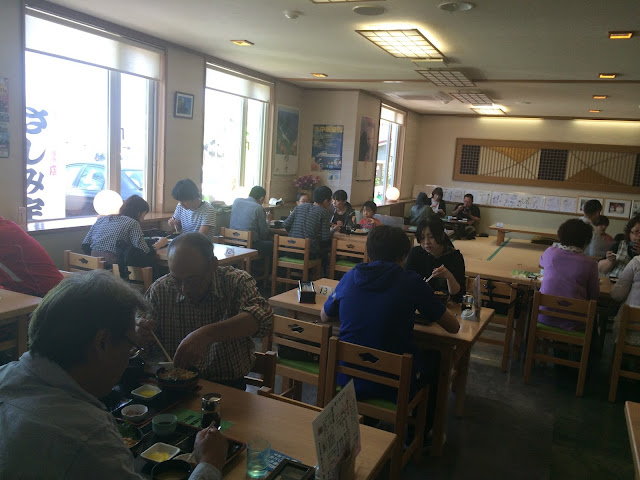 And soon, after an hour's wait, it was our turn! 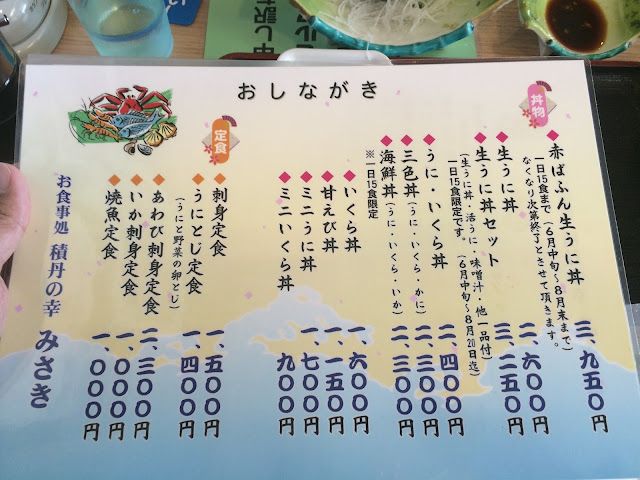 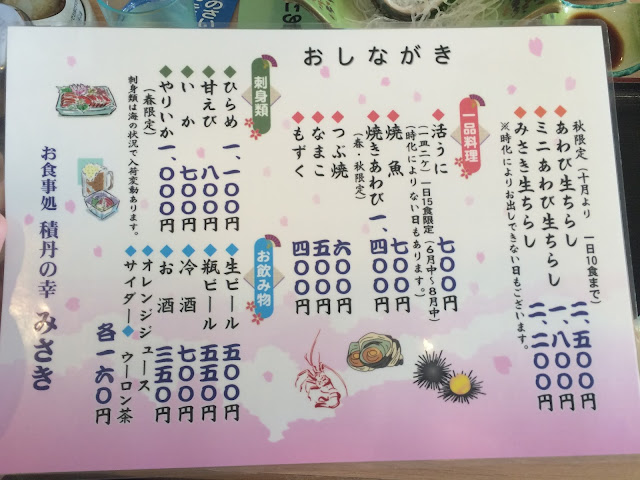 I attached the menu for your info... if you happen to understand Japanese. Anyone can put in the comments?
Basically, everybody comes here for the uni-don. The best is JPY3,950 red uni - it comes with the uni shell. There are only limited sets though. As we arrived too late and it was crowded, the live unis were sold out.... :( 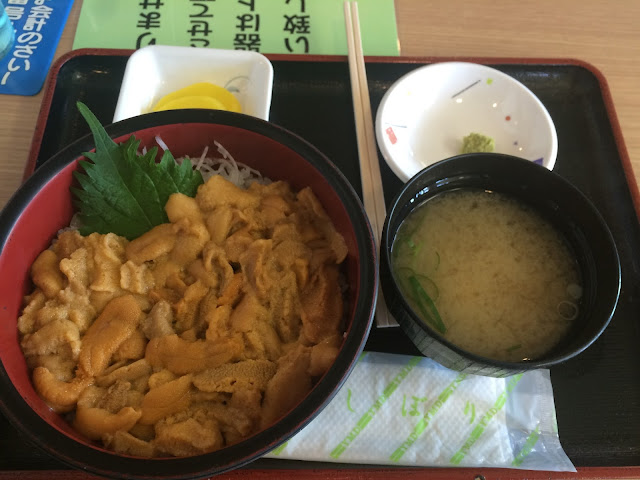 Compared to Uni Murakami, the serving is humongous! I have never had so much uni in a setting before... it really looked delicious and yumz! 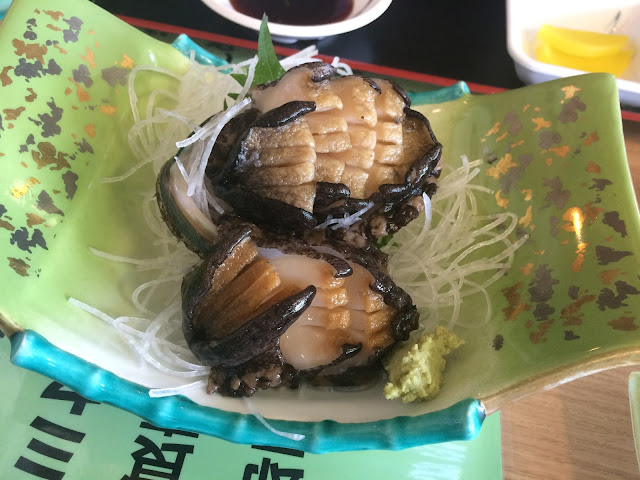 We also ordered the abalone as recommended (osusume) by the server. 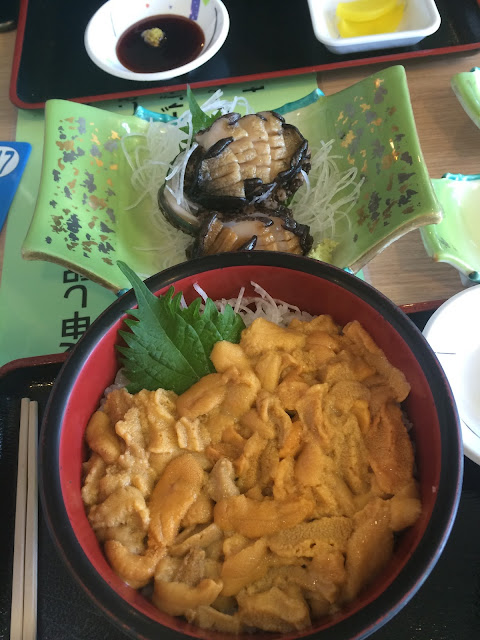 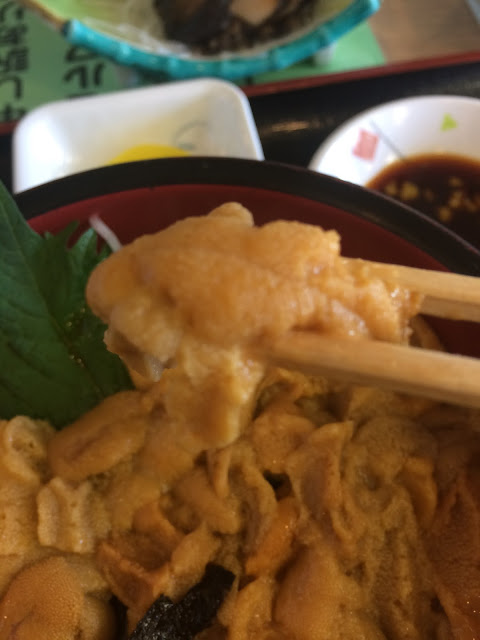 Close-up of the uni. It was really very fresh. 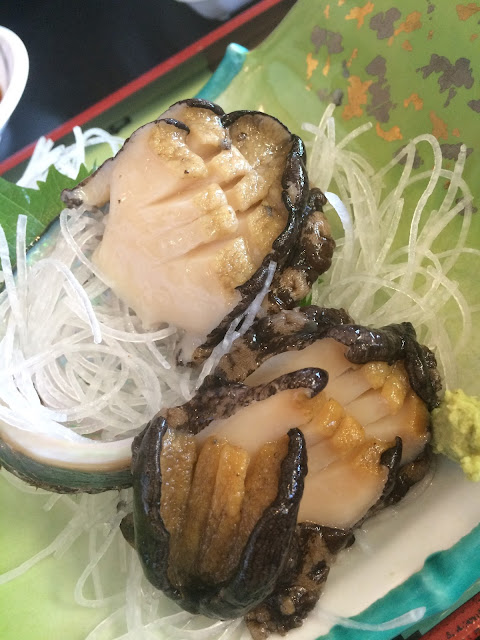 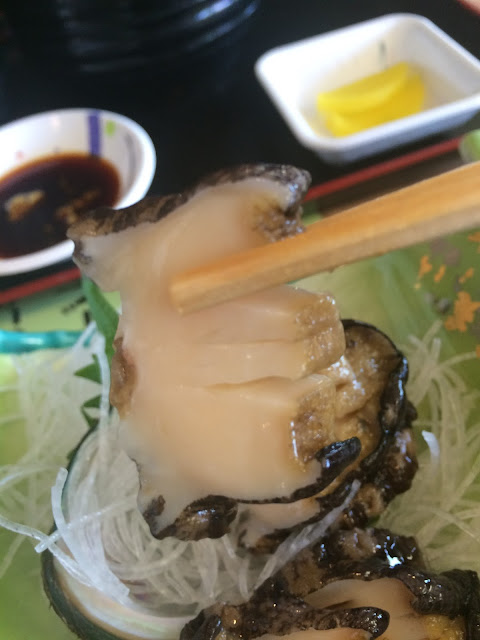 Different species than the abalone we know... it was super hard since it's raw.. not recommended since we won't know how to appreciate it.... 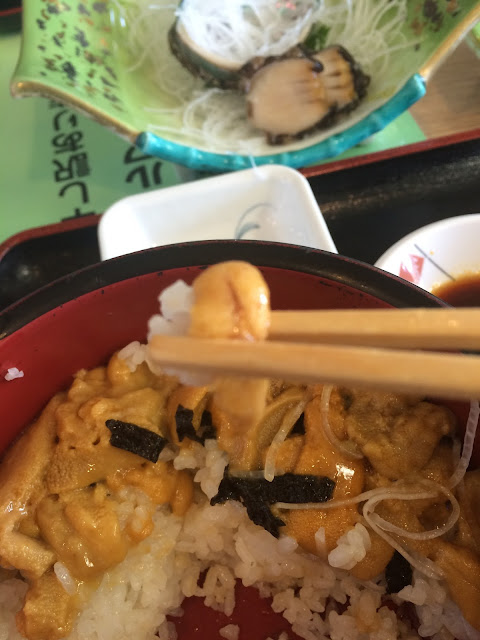 The uni was really creamy and fresh. Comparatively, I thought the uni here was a bit more fishy than Uni Murakami. I assumed they peeled the uni out in the mornings already, refrigerate, then serve the 'meat' as ordered. So the uni had the chance to react with the oxygen and became fishy. But it was still good quality and the price was very affordable. Considered relatively fresh as well as was just prepared in the morning. The portion was so much bigger! 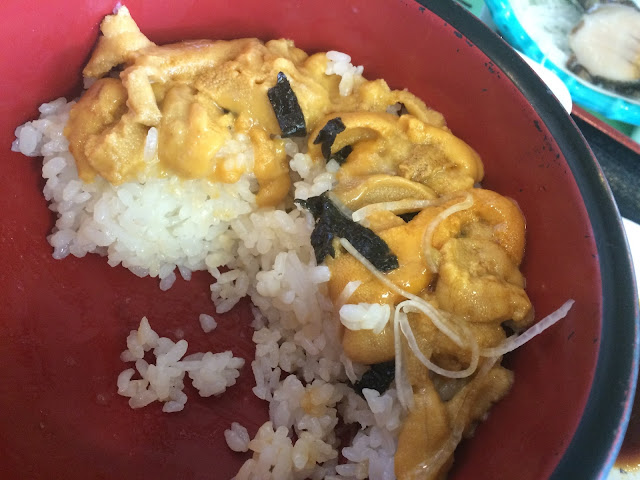 In fact, it became jelat after a while - too much! Such a rare situation when there's overload of uni. However, I am salivating now just looking at the pictures... it was damn creamy and fresh. 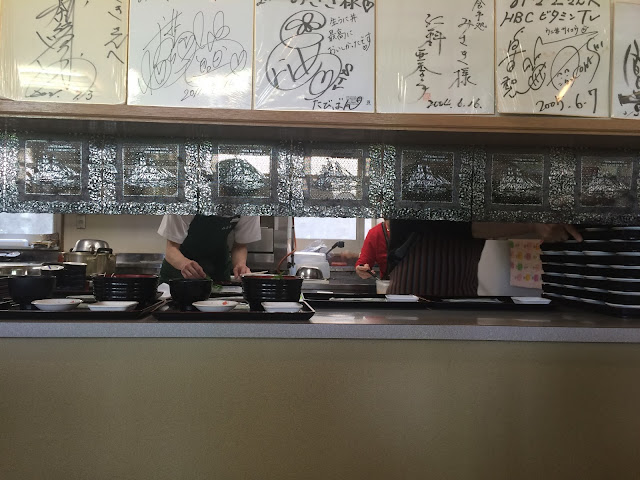 You can see the kitchen where the chef is scooping the uni from a big bowl and putting on the rice. 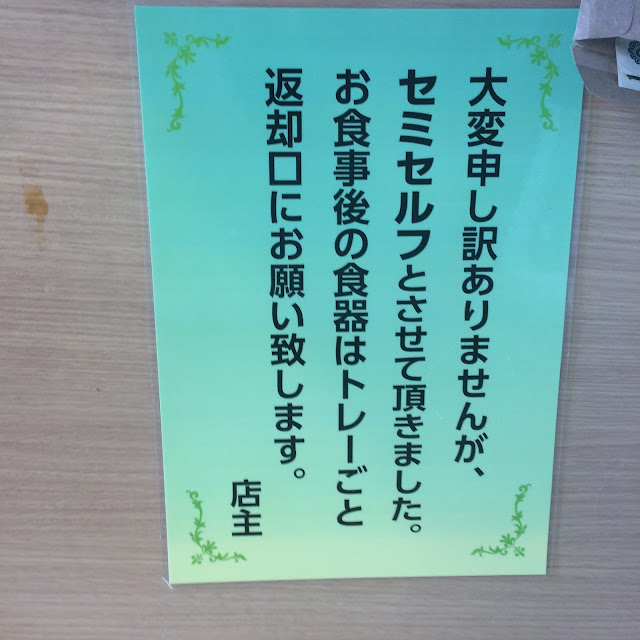 My Japanese is very poor - but I assume from the Kanji (Chinese characters) it meant that the waiters are very busy and please return the food tray after consuming the meal. 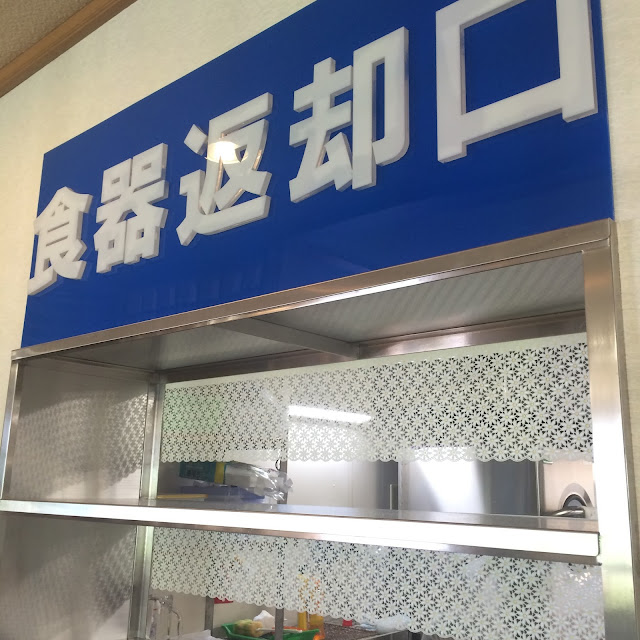 And there is indeed a counter where all the guests put their trays.... 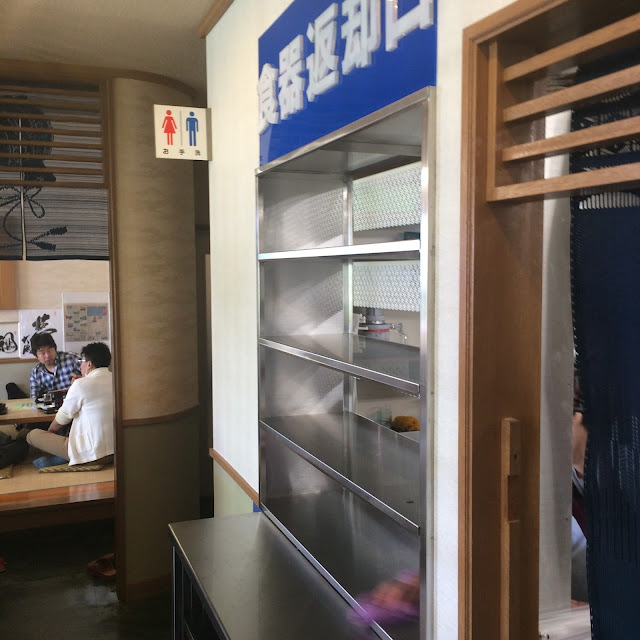 The counter of used trays gets cleared very quickly.... 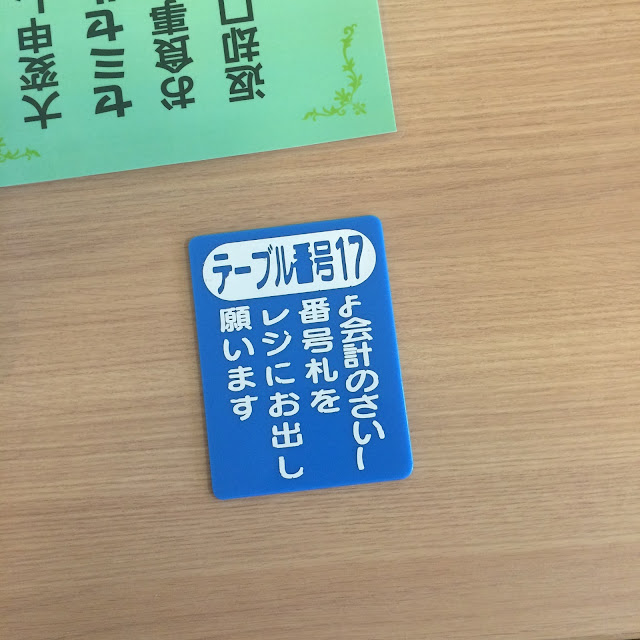 After clearing the tray, take the table number and bring to the counter to pay the bill. Everything is self-service here, you don't ask for the check. 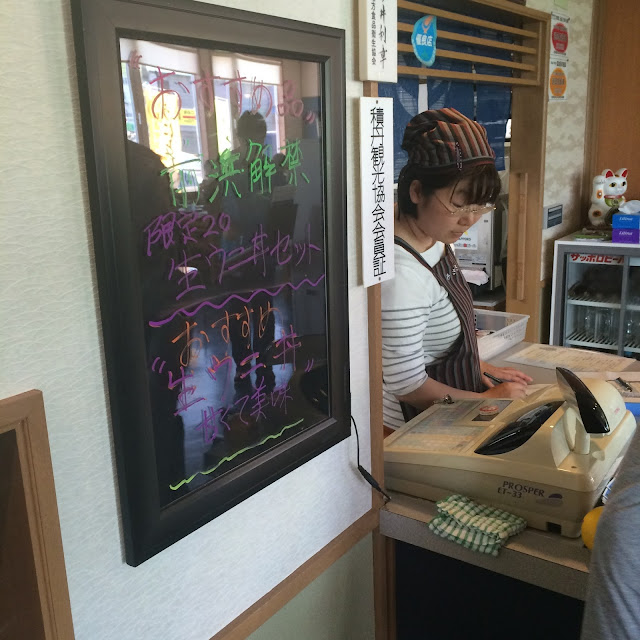 A little alcove for the cashier.... 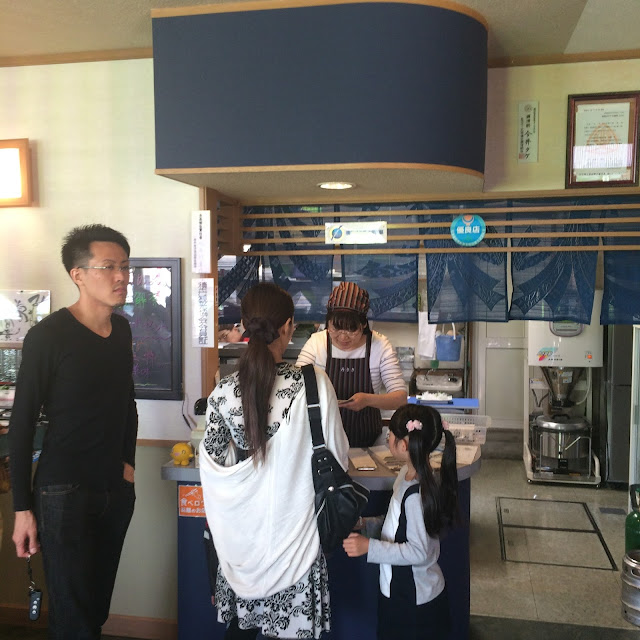 And there is a queue for payment as well. 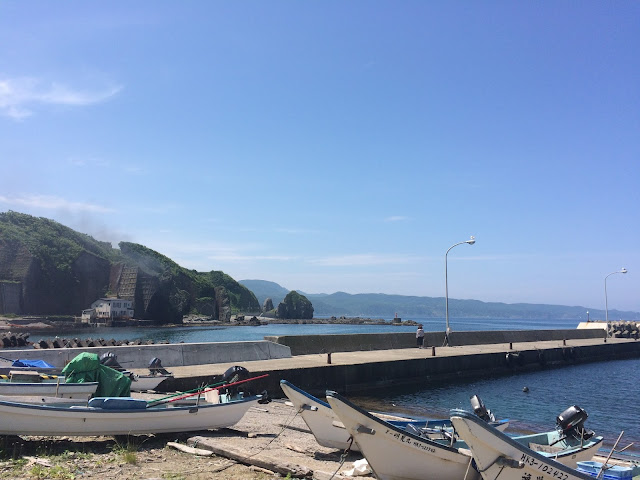 After the meal we took a walk around the area... it was quite beautiful and sunny. 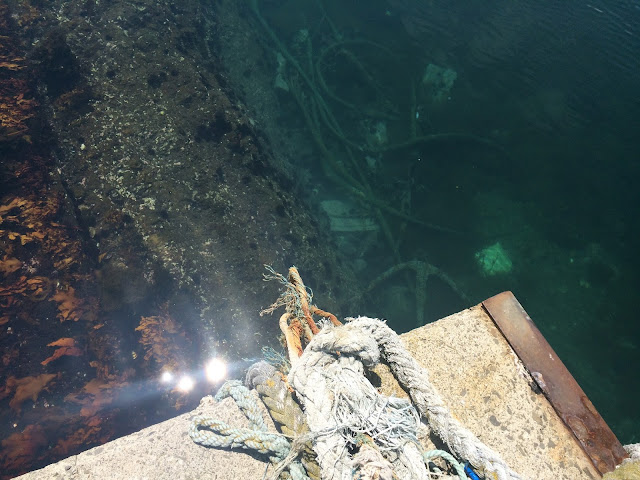 You can see the sea urchins below!!

Verdict
Yay!
The uni-don is truly out of this world. I really doubt you can find such sumptuous and affordable uni don in other areas of Japan - even the Japanese come all the way here! But you will need a car to come here though - there's always Uni Murakami (in Sapporo and Hakodate) instead but more expensive. Final advice - choose a weekday to come. On weekdays, you don't need to come that early and still can enjoy the best uni.

Opens only End April to October - do check website for changes.
http://osyokujidokoromisaki.com/